It's that time again... we're opening up our studio for you to come and have a look :) Of course we'll also have our lovely fabrics on display and you can see, touch, smell and buy them.

We'll even have some of our new fabrics out... how exciting!

You can find us here: 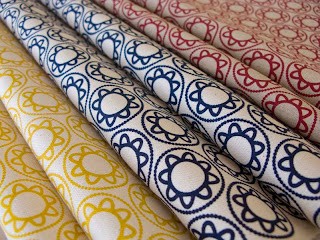 Most of the new fabric will be launched at the Stitches & Craft Show in Sydney, this is just a sneak peak... we're still busy printing heaps of yummie colours for the show.
Posted by Bianca at 11:24 am No comments:

Another week went by...

I've been back for more than a week and I still haven't managed to put a decent blog post up, shame on me. It almost seems like it was months ago now that I was in Holland... 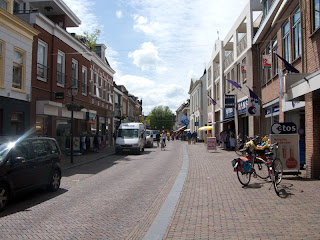 Leerdam, the little village where my parents live

The trip was fantastic. It started off in the Netherlands, where I got to see my family again. On the 22nd of June, mum and I got on the train for a 4 day city trip to Paris. I couldn't believe it was just a 3 hour train ride and I'd never been before?! Living in Australia definitely changes your perception of distance.

In Paris we visited the Notre Dame, Eiffel Tower, the Louvre (amazing!), Basilique Sacre Coeur, Mont Martre, Arc de Triomphe etc etc. We basically got to see all the touristy bits of Paris and we were so lucky that the weather was beautiful, so sunny. 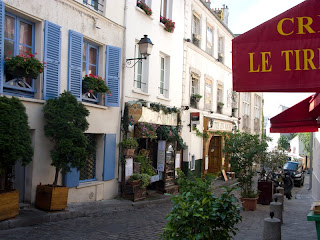 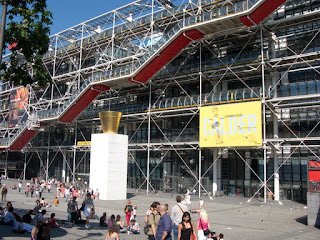 After 4 days the fun in Paris was over and we went back to Holland, for the highlight of my trip (the whole reason I booked a ticket in the first place)... my best friend's wedding! Charlotte and Danny have been together for 7 years and last year he asked her to marry him, in the most romantic way mind you. He took her on a boat ride on a local river and suggested a walk in the local castle gardens. She was a bit nervous at first because it is private property. After convincing her that it should be alright, she agreed. He had everything planned out and at the back of the castle garden was a little table with lots of roses and a picnic basket, and it was there that he went down on one knee and asked her to marry him. How romantic!
On the 27th of June was their big day and it was absolutely beautiful, she was glowing the whole day, the weather was perfect, the groom had the biggest smile ever, there were white turtle doves, pink roses, a touching church ceremony and a fantastic party... it was just perfect, exactly like she wanted it. I felt so happy for her, she's my best friend ever! 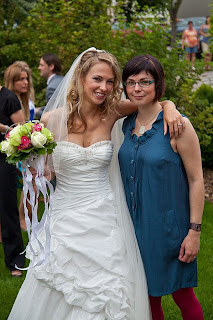 There's one sad bit in their story though. Two days after the wedding they were meant to fly out to Bali for their honeymoon, however, two days before the wedding the groom got sick. He had an infection in his intestines and almost had to cancel the wedding. Luckily this didn't happen, but the doctor advised them not to travel to Bali until he was feeling better. On the upside, this gave us more time together and we spent two lovely days in Zeeland, one of Holland's coastal provinces. We enjoyed the fantastic summer weather, went to the beach, cycled through the dunes and had fabulous outdoor dinners and breakfasts. It was so good to spend so much time with her again! 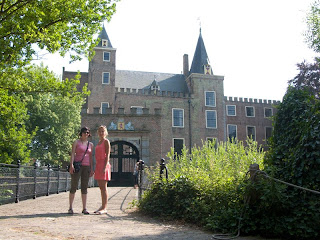 Checking out a castle in Zeeland

After this, our holiday was almost over... I spent the last few days with my family, helping my younger brother move into his first house... which is obviously going to be decorated with Ink & Spindle goodies :) 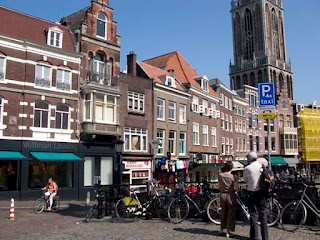 On the 7th of July it was time to fly back to Melbourne :( when we arrived at the airport we heard that the flight was overbooked and we had been upgraded to business class. Awesome! We flew business class from Amsterdam to Kuala Lumpur and it was fabulous. There is so much leg room and the seats fold (almost) flat so I could have a good sleep. They also have menus and come to take your order... it was definitely a good experience.

Two days after my arrival I went straight back to the studio... gosh I had missed it so much. It's great to be printing again.
Teegs and I have swapped, she's off now to enjoy herself whilst Lara & I have turned into printing machines. The next couple of weeks are going to be quite hectic, especially because I still work 3 days per week and can only be in the studio 2 days per week :( Luckily we have good planning skills and managed to keep up with our printing schedule the last two days. We even managed to visit to Design Made Trade, which is still on! Go check it out, there's so much good stuff to see and so many lovely people to talk to.

We found out that we've been published in a couple of books & magazines, but more about that later... I've been talking long enough now ;)
Posted by Bianca at 10:49 pm 3 comments:

I'm back from my holiday in Europe... but I haven't quite got my head around things yet, so a longer post will follow later.

Today I'm in the studio. It feels so good to be printing again... especially when it's a fresh new screen :)

We printed 'Delft', my new pattern. We'll be taking this print to the Stitches & Craft Show in Sydney. 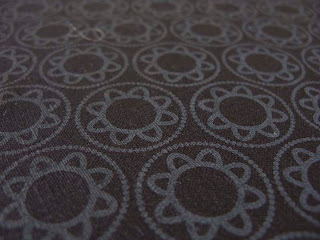 please visit me on my other blog:
mikio.com.au/blog

This is a Flickr badge showing public photos from hollabee. Make your own badge here.